When using the crowd-testing interface, crowd workers can perform three kinds of interaction in the designed conversation: (a) follow the conversation flow and add a user-side response, (b) add a bot-side utterance, or (c) add a branch on the user’s side.

By analyzing the crowd responses, designers could explore the user needs, contexts and diverse response format which are essential to know for the successful conversation design. 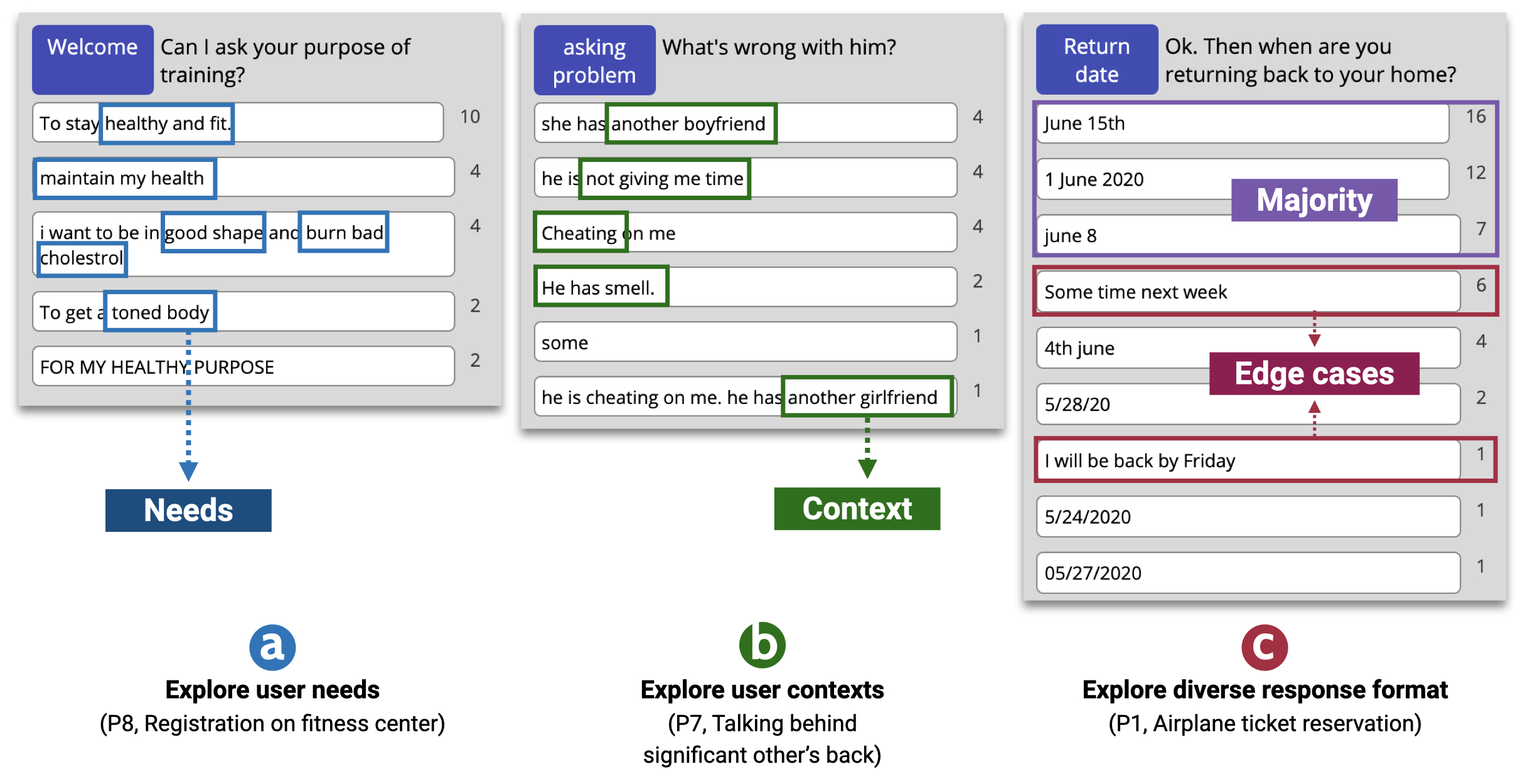 5 design improvement patterns with collected evidence from the crowd

Designers revised their design by consulting diverse feedback and suggestions from the crowd. Revisions occurred at both high level by changing the order of the conversation or low-level by adding options or changing the tone of an utterance. Designers improved their conversation design with ProtoChat in five major patterns.

For more information, please check out our paper! Or...